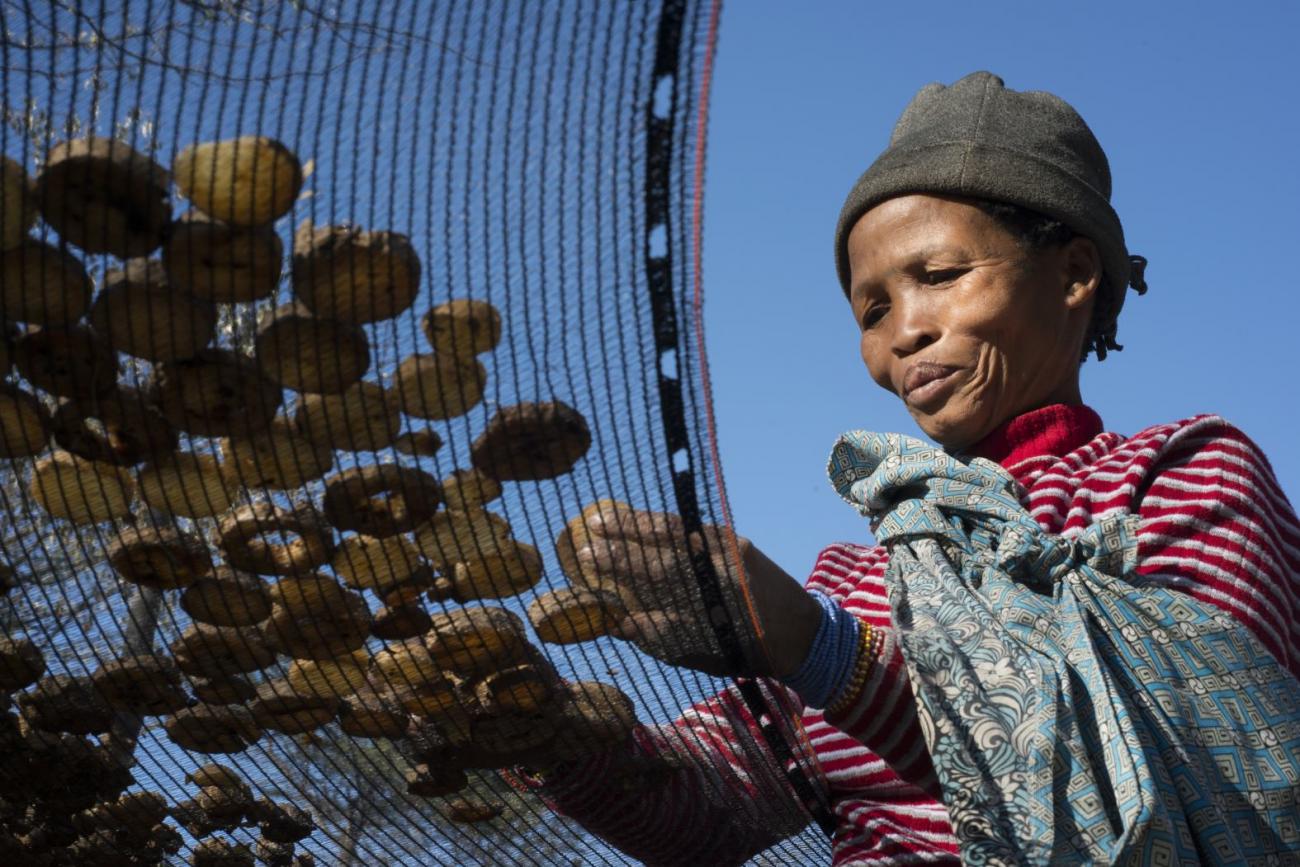 Nyae Nyae was the first conservancy formed, in 1998. The Ju/’hoansi San people are some of the poorest in Namibia. Farmer !uu /ui appreciates the conservancy. It pays cash from conservation hunting to all residents, and distributes the meat from conservation hunting. !uu /ui is a farmer who also harvests Devil’s Claw. The sustainable bio-certified dried tubers are sold to Europe to make homeopathic medicine. The income from the conservancy and from harvesting helps to buy blankets, food for the children, and food to help them over lean times.

Sustainable use of resources provides cash to rural people. 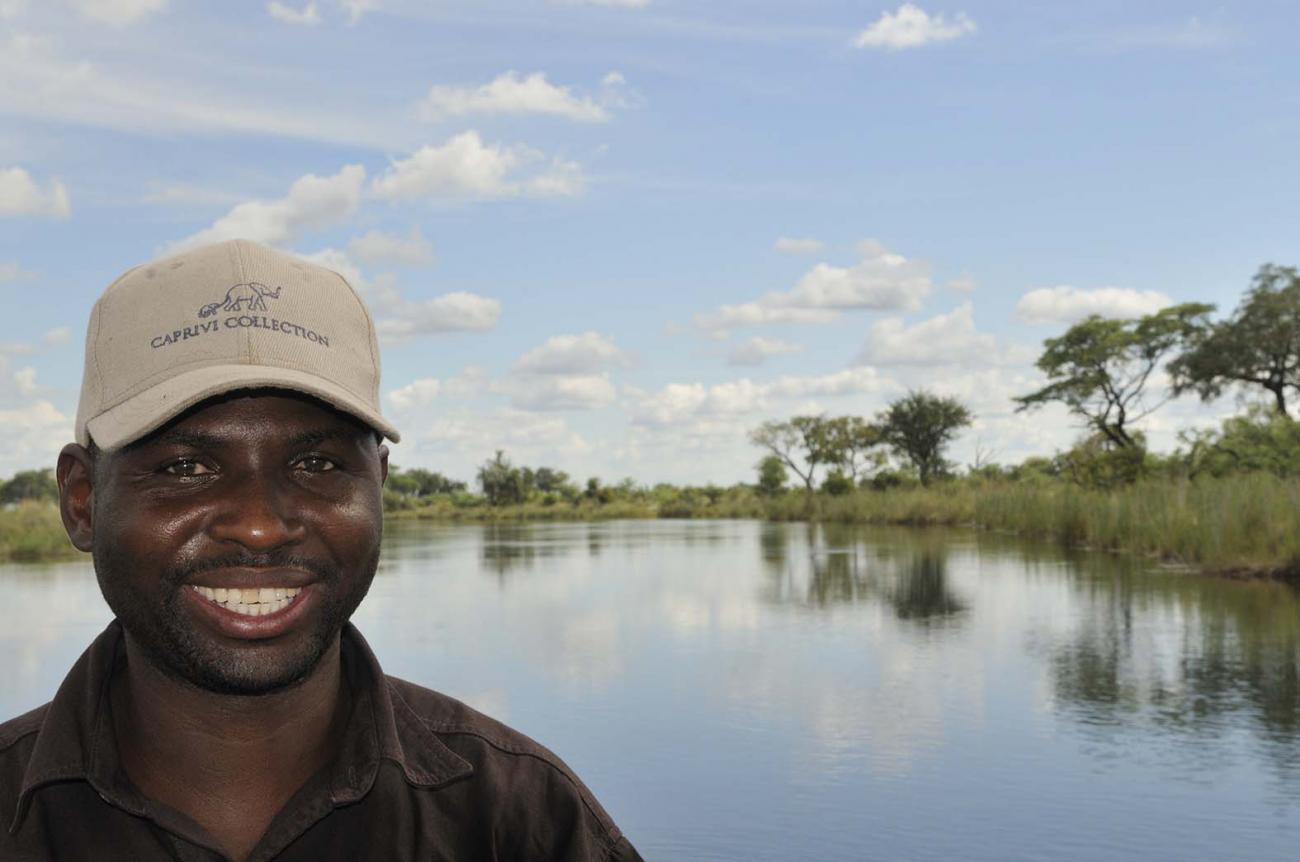 "Hi, I’m Delicious" Salufo Limbo says, using his nickname to greet tourists to Lianshulu Lodge. Although he had matriculated from school, finding work in a rural area was difficult. But Balyerwa Conservancy paid for his initial tour guiding course. Tourism in the Zambezi Region’s conservancies and national parks is growing, providing Delicious with a worthwhile career.

Things are changing in Mashivi village because electricity is being supplied by conservancies. Pendy Hapelezo is a young entrepreneur who has taken advantage of the new village electricity transformer to power a refrigerator. He buys fish wholesale and sells it in the village. The electricity comes courtesy of Sobbe Conservancy, where Mashivi village is situated. Several Zambezi conservancies have decided to provide transformers as a social benefit, instead of paying cash benefits to residents.

Beauty Mbala welcomes visitors with a warm smile. She’s the Guest Relations Officer at Chobe River Lodge, and as the face of the lodge, she makes sure that people feel at home and serves them with respect and humility. The lodge is a joint venture with Salambala Conservancy, where the greatest migration of zebras in the world takes place. Beauty understands the value of the joint venture between Salambala Conservancy and the lodge. Apart from her wages, she mentions other benefits: “I have seen that the conservancy is good because it is protecting our animals, so our future generations can see them.”

Conserving wildlife and the environment 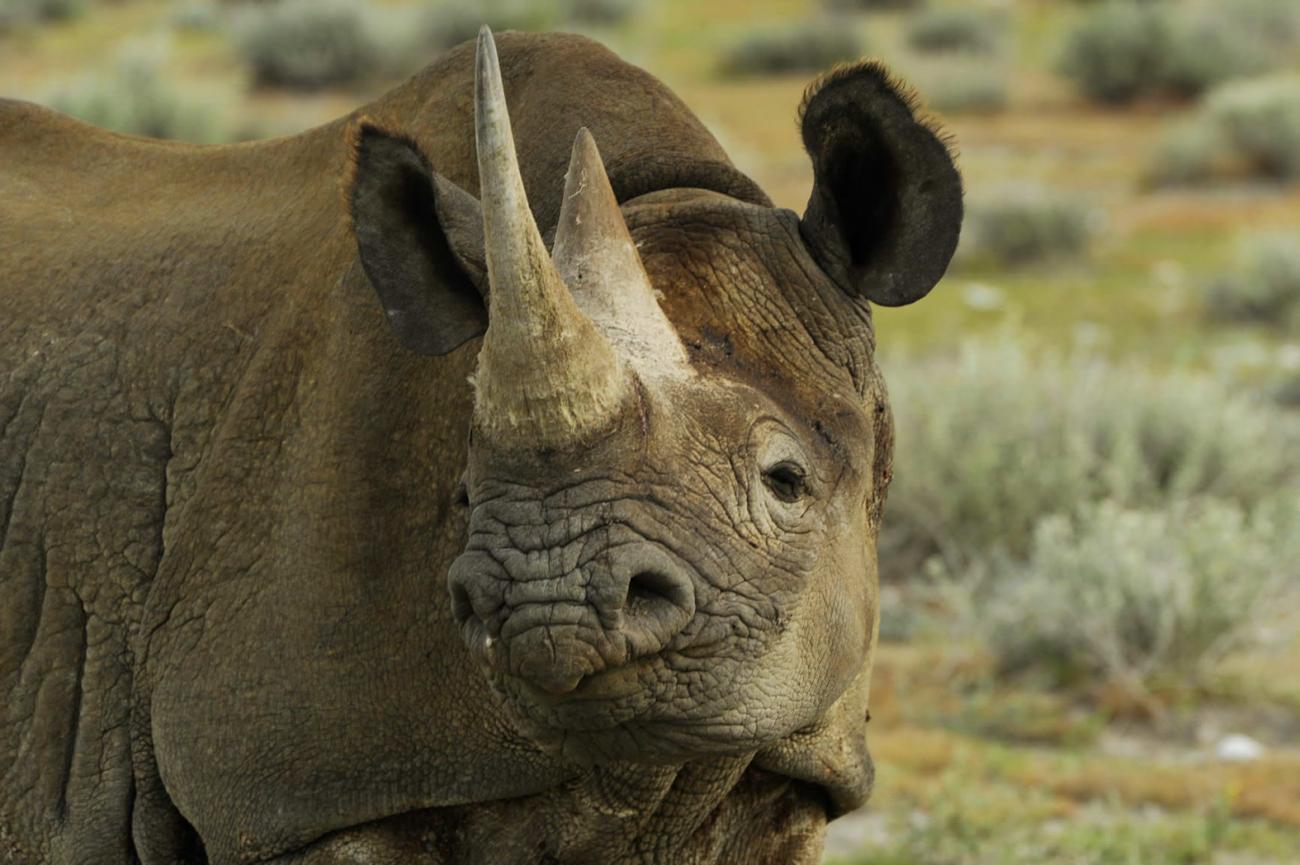 Black rhino are highly endangered, yet the Namibian government grants custodianship over these iconic animals in communal conservancies and on tourism concessions, where they are protected by conservancy game guards and rhino rangers trained by Save the Rhino Trust.

Combatting Wildlife Crime is a major project of the MET and NACSO. 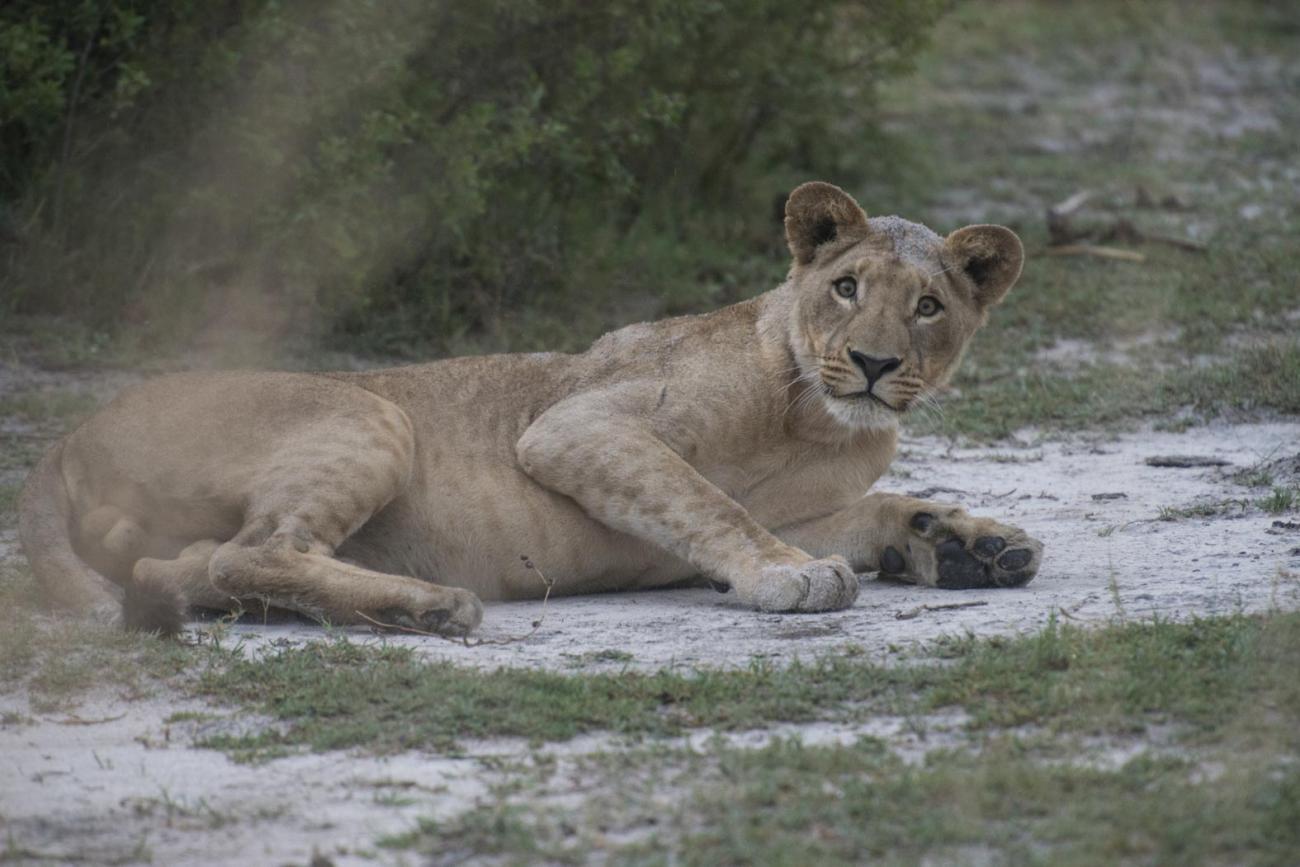 - in forest, desert and savannah ✔

Lions are under threat throughout Africa and are persecuted by farmers because of livestock losses. The lion population in Namibia has expanded from the world famous Etosha Park westwards across the arid Kunene area to the Skeleton Coast, and lion populations are increasing in the riverine wooded area in Namibia’s north-east.

Mitigating Human-Wildlife conflict is a priority policy of the MET & NACSO.

The Namibian elephant population has grown from 7,000 to over 20,000 since the advent of community conservation. Most of the elephants occur in the north-east Zambezi region which they traverse between the KAZA states of Angola, Botswana, Namibia, Zambia and Zimbabwe. Farmers have grown more tolerant of elephants due to income from tourism. Although poaching is an ever-present danger, conservancy game guards are in the forefront of the effort to prevent organised wildlife crime.

Combatting Wildlife Crime is a major project of the MET and NACSO.

- almost half of the country under conservation ✔

At independence in 1990 only 14% of Namibia's land was under conservation management  - as national parks. Now, the combination of national parks and tourism concessions, communal conservancies and community forests makes up over 38% of Namibia´s land area. Freehold farms acting in line with conservation principles add to the area, providing a connected landscape where wildlife is free to roam.

This website carries comprehensive information about community-based natural resource management in Namibia. We also publish an annual report: The State of Community Conservation in Namibia.

Many rural communities in Namibia live together with wildlife. In order to offset losses from crop raiders such as elephants and predators, including lions, they need to receive benefits in return. These come from tourism and associated income, including crafts, and from conservation hunting. Through Community Based Natural Resource Management, natural resources are conserved for future generations while providing significant returns today.

Welcome to the State of Community Conservation in Namibia: a review of communal conservancies, community forests and other CBNRM activities supported by the Government of the Republic of Namibia and by CBNRM support organisations.

Community conservation grew out of the recognition that wildlife and other natural resources are of value in communal areas, and that these resources can be unlocked if local communities are empowered to manage and utilise resources themselves.

Community conservation grew out of the recognition that wildlife and other natural resources are of value in communal areas, and that these resources can be unlocked if local communities are empowered to manage and utilise resources themselves.